The 2018 Global Gender Gap Index Report revealed Uganda was ranked 55th out of 149 countries under the ‘Economic Participation & Opportunity ’ sub-index; but lagged behind Rwanda (30th) and Kenya (37th) from a regional country performance analysis. Tanzania was ranked 77th under this sub-index.

A key insight on economic analysis of Uganda’s tourism sector is that $1 of expenditure by a foreign tourist generates, on average, $2.5 of GDP – the total impact includes the indirect value-added along the supply chain plus the induced effects of households spending the wages generated. This figure compares with $2.3 of GDP generated by $1 of traditional exports from Uganda.

Uganda’s long term development agenda is defined in the Uganda Vision 2040 aiming at transforming the country from being a predominantly peasant and low income to a competitive, upper middle income status with a per capita income averaging at USD9,500 by 2040. National Development Plan II (NDP2) gives investment priority in three key growth opportunities including
Agriculture; Tourism; Minerals, Oil and Gas. In agriculture, emphasis is placed on investing in 12 enterprises (Co) on, Coffee, Tea, Maize, Rice, Cassava, Beans, Fish, Beef, Milk, Citrus and Bananas), along the value chains. Under the tourism priority area, the Plan focuses on improvement, diversification and exploitation of tourism products.

Food Quality Systems: A Cost-Benefit Analysis
The agro-food processing industry is strongly dependent on horizontal and vertical cooperation, a characteristic which exerts also influence on the organization of quality systems. The concept of the value chain, introduced by Porter (1985), recognizes that the individual activities within the sequence of activities in the overall production process determine costs and quality of the end product. In this scenario, quality system standards that support transactions in enterprises as well as between enterprises in the chain are instrumental for achieving efficiency gains. Also, quality has been seen as a factor for competitiveness (Cuevas, 2004). It is well known, that one of the problems in the delivery of ‘quality and safety guarantees’ is the information asymmetry between sellers and buyers. Sellers know the quality and safety attributes of their products much better than buyers do, and it is hardly possible for buyers to fully assess these attributes during the transactions. As a consequence, buyers may end up with lower quality food than expected. The fact that market participants may be confronted unknowingly with an asymmetric information scenario, increases the transaction costs; because of increases in costs for information search, negotiation costs, and monitoring and enforcement costs (Hobbs, 1996). This generates private incentives to decrease such costs (Holleran et al. 1999) through, for example, the adoption of quality assurance systems. Other cost and benefit aspects within the chain view include; traceability, transparency, product liability, product safety and the organization of controls, aspects that are embedded in almost all quality systems. A core issue in the organization of vertically-oriented food quality systems is indeed traceability.
In principle, an interaction between similar and between different quality management systems over the stages of the Agro-food supply chain would facilitate traceability. A well-developed traceability capability could reduce the product liability exposure of enterprises. Agro-food quality systems in the supply chain can provide a supportive basis for product liability cases and thus reduce product liability risks. The certification systems allow the reduction of controls at the end of the value chain and transfers costs of control down the
value chain. Retailers incentives to require quality system investments by suppliers and, in consequence, further upstream the value chain, set small and medium sized enterprises at a disadvantage, as compared to larger enterprises. This makes them in principle more dependent on public support to fulfill their obligations regarding improvements in Agro-food safety and quality.
Regarding benefi ts, Mazzocco (1996) and Bredahl and Zaibet (1995) showed that most of the enterprises that adopt quality systems have seen not only declines in the cost of transactions, but also have experienced improvements related to their production processes and final product. Among these benefits are increases in productivity, better management, improvements in consumer relations, and elimination of deficiencies in production processes, better adaptation of new personnel, and the conservation of current customers. Bredahl & Zaibet (1995) showed in their study that for enterprises the total
cost of implementing quality systems was less than the benefits acquired directly or indirectly. Consequently, they argued that the adoption of a quality system could be an important strategy for enterprise development.

The European Union (EU) identified the opportunity of the beef sector within its National Indicative Plan (NIP) for Uganda and agreed to fund – through the 11th European Development Fund (11th EDF) – a 5-year project, implemented by the Ministry of Agriculture, Animal Industries and Fisheries (MAAIF), to support the development of the beef sector such that it could realize its full potential. The project is called “Developing a Market Oriented and environmentally Sustainable Beef Meat Industry in Uganda” (MOBIP). The program is being implemented in the Central and South-Western part of
the Cattle Corridor, in two areas formerly defined by MAAIF as “Disease Control Zones” (DCZ 1 & 2). 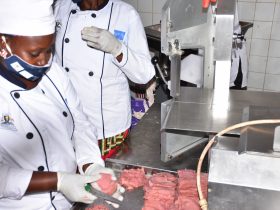 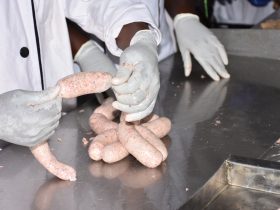 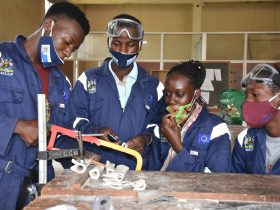 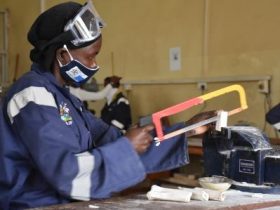 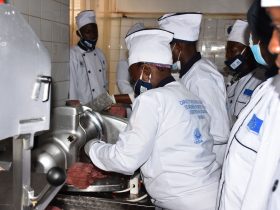 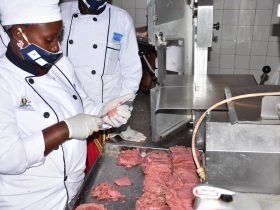 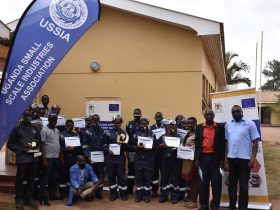 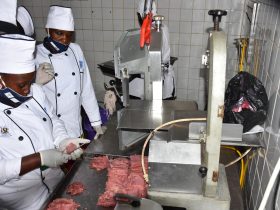 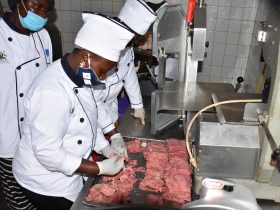 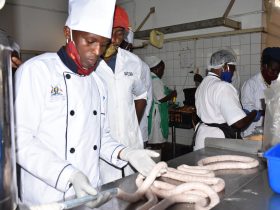 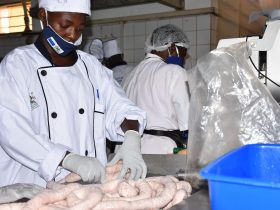